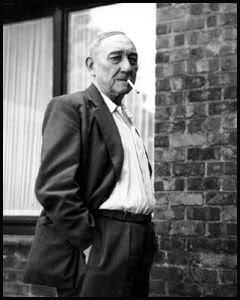 "When he first saw the schoolmaster, he said to me, "That man makes me think of an unscalable wall behind which something immense and terrible is taking place."
-- Jean Ray, "The Meinz Psalter"

I was never a serious fan of the sea voyage/adventure story until I began writing my thesis, which consisted of spending a year wrapped up in Poe's The Narrative of Arthur Gordon Pym and Lovecraft's At The Mountains of Madness. During this time, I quickly became drawn into the fascinating mechanics of the sea story.

Ships and boats have a long history where matters of the supernatural are concerned. The influence of Poe's Pym, Coleridge's Rhime of the Ancient Mariner and others is evident in "The Mainz Psalter" (the title of Ray's story being the name of a boat). It is, however, the story's modern feeling, coupled with some fantastic, surreal imagery that creates a more prevalent weirdness that feels more obviously present than in its predecessors.

In the tradition of other sea stories, "The Mainz Psalter" features a protagonist that is rescued from imminent death at sea, and relates to his rescuers the events preceding his brush with death. Parts of the story are phantasmagorical, and it's these, juxtaposed with the precise language and descriptions of life at sea that contributes to the feeling of shifts in reality, making it difficult to figure out what exactly is going on.

I really liked this story. Sea stories have interesting things to say about the reality of the mind versus what we experience in the 'real' world. I had not read any of Jean Ray's work before this, but I am once again inspired to seek out more.

Reviewed from The Weird: A Compendium of Strange and Dark Stories, Eds. Anne and Jeff Vandermeer
Posted by Lynne Jamneck at 8:31 PM